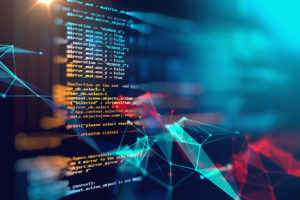 Undeniably, the most important trend in the software industry has been the ongoing shift from on-premise applications to the Cloud. Writing software applications to be accessed through an internet browser has enabled application software companies to focus their efforts on a single user interface, while updates, enhancements, and bug fixes can be delivered simultaneously to all end users via the internet through a single software code base. The shift to the cloud has prompted industry leaders Microsoft, Oracle and Adobe Systems to accelerate their efforts to develop cloud-based versions of their products, with Salesforce, the key exception, since it had initially begun as a cloud-based applications company.

The above-mentioned software titans have used their strong market positions to grow both organically, as well as through acquisitions over the years. Unable to move as quickly as cloud software companies with a fresh start, the transition to the cloud has also prompted these companies to embark on a wave of acquisitions of software application companies whose products were written from the ground up to take advantage of the unique aspects of cloud computing.

Acquisitions have driven up the valuations of cloud application companies, with many choosing to go public in the last several years in order to take advantage of the rich valuations received by their peer companies in the public markets, as well as in private transactions.

One of the key benefits of cloud computing is that software applications can be written for an internet browser, thus relieving programmers of the tedious and error prone process of writing and testing code for many user interfaces, operating systems and computer hardware combinations. It also relieves the software applications company from the task of needing to write and deliver maintenance updates for all of the various combinations. Today, a single update can be written, and distributed to all customers at virtually the same time, thus ensuring bug fixes, as well as the addition of new functionality.
As a result, most software companies have adopted subscription pricing plans, which allow customers to pay a monthly or annual fee for the use of their software, along with any updates or enhancements issued by the software developer for as long as they remain on a subscription plan.

The transition from perpetual licenses to subscriptions has had a profound impact on the revenue model of software companies, insofar as companies that sell via subscription model typically recognize revenue ratably over the course of the subscription. This has generally led to more predictable revenue than under the previous system, when savvy corporate software buyers might wait until the end of a quarter to make their purchasing decision. Under the old model, a new product release or upgrade could have a profound impact on revenue growth for the duration of a single quarter, or an entire year. Conversely, a product delay, or the loss of a single large transaction at the end of a quarter, could have a devastating impact on a company’s financial results. With the subscription model that recognizes revenue ratably, rather than all at once, however, it is less likely that a single customer or new product release will dramatically impact company results in a 90 day interval.

Another recent trend in the software arena has been the growth of industry-specific applications, which have been facilitated by the cloud. Software companies that in the past had to spread precious resources over many software and hardware architectures in order to reach a targeted group of end users, can now focus on developing applications for a single architecture, thus enabling them to quickly and efficiently reach their desired audience.

The COVID-19 pandemic spurred wide-ranging, work-from-home orders implemented by the software industry largest companies, including Microsoft, SAP, Oracle and Salesforce. Utilizing state of the art collaboration software, as well as videoconferencing, software application companies were able to continue their operations, including selling and marketing to existing and prospective customers, largely without interruption. As the world emerges from the grip of the COVID-19 pandemic, many software companies have continued various aspects of their work from home policies, generally allowing some level of flexibility to their employees to work from remote locations. However, the jury is still out as to how long these flexible policies will remain in place.