On April 4, 2016, following a six month search, the board of directors of 3D Systems (3DS hereafter) appointed Vyomesh Joshi, aka VJ, as president and CEO. The appointment occurred as the venerable manufacturer of 3D printers attempts to regain its footing, following an extended period of questionable acquisitions, loss of market focus, and damaged credibility among investors.

Joshi, aged 62, had been president of the Imaging and Printing Group of Hewlett Packard for 11 years, beginning in February 2001, and left as EVP in March of 2012, bringing to a close a 31-year career at HP, after HP, in one of its many reorganizations in the last number of years, combined printers and personal computers into the same business unit. While leading the $26 billion H-P printer business, Joshi doubled the division’s operating profit. Joshi appears to have been lured out of near-retirement with a stock and options package worth a potential $27 million, based in large part on 3DS’ future stock performance. Joshi is currently on the board of directors of both Wipro (NYSE: WIT) and Harris Corporation (NYSE: HRS). He received his bachelor’s degree in engineering from L.D. College in Ahmedabad, India, and a master’s degree in electrical engineering from the Ohio State University.

Joshi replaces 3D Systems’ highly flamboyant and acquisitive CEO Avi Reichental. Over the last few years 3DS has endured numerous set-backs, including an over-emphasis on acquisitions for growth, missteps in the consumer printer market, distribution channel challenges, product quality issues, a delay in the filing of its 2015 10-K, along with a lack of investor confidence, which has resulted in a more than 80 percent contraction in its share price since peaking at $97.25 in late 2013.

Since taking the helm at 3DS Joshi has been somewhat coy regarding future plans, but has noted the company’s lack of operational efficiency, and the challenge to build a sustainable corporate culture from among the company’s employee base of roughly 2,500, many of whom have come to 3DS via acquisition. In mid-June 3DS announced it had hired John N. McMullen, age 58, as VP Finance and CFO, replacing David Styka. McMullen had most recently been at Eastman Kodak, where he took the helm as CFO beginning in June of 2014. Prior to that, McMullen, was SVP Finance and Corporate Treasurer, as well as CFO of HP’s Imaging and Printing Group, where he worked alongside 3DS’ new CEO, Joshi.

The new management team will have much to confront, including helping customers sift through the reality versus the hype of 3D printing, along with the need to create printers with faster speeds and more precision to produce parts that can be used in volume production, in addition to prototypes utilized for visualization and marketing purposes. 3DS has, along with many of its competitors, from time to time over the last three years, produced printers with varying levels of product quality.

With regard to Joshi’s future strategy, we can gain a glimpse into his thinking. In an address before the Net Impact Conference at Stanford in November of 2005, Joshi spoke of the elements required to create a sustainable business. These include: identifying holes in the market, developing appropriate price models, establishing business partnerships, fostering trust and respect among employees, and providing leadership that puts business first, people second, and the egos of managers third. 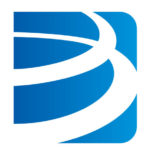 Nintendo: Focusing on the Future

Based in Kyoto, Japan, Nintendo, loosely translated as “leave luck to him,” was founded by Fusajiro Yamauchi over 120 years ago in 1889. Nintendo’s modern era began when Hiroshi Yamauchi, a grandson of the founder, became president in 1950. Building on success in toys and games including its Ultra Machine and the Love Tester introduced in the mid-1960s, Nintendo later began to focus on home video consoles for color TVs in the mid-1970s. The company also began to develop its own games under the leadership of Shigeru Miyamoto, who remains the company’s visionary R&D chief. Under his influence, Nintendo created its most memorable and iconic characters, including Mario, Zelda, and Donkey Kong, a video game released in 1981.

In 1980, Nintendo launched the first in a series of hand-held gaming devices, and achieved critical acclaim with the introduction of the Game Boy in 1988. At the same time, the company continued to develop succeeding and successful generations of its hardware console devices, including the Nintendo Entertainment System (NES), which was launched in Japan in 1983 and in the US in 1985. NES bundled in various games, including the Super Mario Brothers, arguably Nintendo’s most iconic series, contributing to NES sales of over 60 million systems.

In 2002, after more than 50 years at the helm, Nintendo president Hiroshi Yamauchi, then aged 65, announced he would turn over the reins to 43 year-old Satoru Iwata, who had emerged from the ranks of Nintendo’s HAL Laboratory subsidiary to become the first non-family member to lead Nintendo. Two years later Nintendo introduced the Nintendo DS, its fourth major hand-held system, which featured a dual, touch screen, along with several successful game titles.

Shipped in time for the holiday season in 2006, Nintendo’s Wii became the most successful game system in the company’s history, ultimately selling over 100 million units, and catapulting the company’s stock to an all-time high of over 70,000 Yen per share on the Osaka Stock Exchange. The console featured relatively straight forward controls, including a remote control device to detect 3D movement, as well as internet connectivity, and the ability to run previous generation Nintendo games. The Nintendo Wii was the best-selling game console of its generation, decisively outselling both the Sony Playstation 3, as well as the Microsoft Xbox 360.

The Wii U, a successor to the Wii, shipped in the fall of 2012, and is generally considered to be among the more disappointing game consoles in the company’s history, inception to date selling nearly 11 million units as compared to over 100 million units for the Wii. The Wii U’s under-powered graphics, closed computer architecture, and paucity of third party game titles available at launch and afterwards, are considered to be among the leading causes of the product’s relatively mediocre performance.

Beginning in January 2014, following the announcement of a 30 percent contraction in profits during the prior nine months, Nintendo then president and CEO Satoru Iwata announced that he would take a 50 percent cut in pay, and that salaries of other key executives would be cut by 20-30 percent. In January of 2015, Nintendo announced its exit from the Brazilian games market.

In March of 2015 Nintendo began a strategic shift and announced that it would for the first time develop mobile games utilizing Nintendo characters for Apple and Android devices through an alliance with DeNA, a Japanese developer of mobile games. At the same time, Nintendo reaffirmed its commitment to dedicated gaming devices, with plans to launch a next-generation video game machine. Having staged a major turn-around in company profitability and performance, as well as a revitalization of the Nintendo brand, the company posted its first profitable fiscal year in several years for the period ended March 31, 2015.

Nintendo continues to maintain very high market share in the handheld device and game category, led by its 3DS platform which currently accounts for about 60 percent of sales and may hold as much as 80 percent of the dedicated market for hand-held gaming devices. In the last year, the company recently launched refreshes of these products in Japan, the US and in Europe, and will launch new software titles for the devices in the coming year. In addition, Nintendo is benefitting from new software titles for the Wii U platform, such as Splatoon, as well as amiibo action figure toys, based on characters from its games, which have been an important tie in to its 3DS and Wii console devices.

Over the last number of generations Nintendo has developed a remarkably creative and collegial corporate culture. For this reason, Tatsumi Kimishima, a Nintendo managing director, who was recently appointed president of the company, will play a key role. Mr. Kimishima replaces Satoru Iwata, Nintendo’s highly-respected president who passed away in July after battling an illness for several years. Iwata led the company through its greatest era of achievement during which the Wii U sold over 100 million units, and more recently developed the company’s mobile strategy.

After having been personally recruited by Nintendo’s legendary Hiroshi Yamauchi 16 years ago to become CFO of the Pokemon Company, a Nintendo affiliate, Mr. Kimishima, now age 65, went on to become president of Nintendo of America, the company’s largest division, in a relatively short time period. In addition to having been a member of the company’s board of directors prior to his appointment as president, he was also one of only a few managing directors, and recently held the position of head of human resources. Prior to joining Nintendo, he spent 27 years with Sanwa Bank, now a part of the Bank of Tokyo.

Our sense is that while Kimishima may lack the technological depth of his predecessor, and may not have the creative talent of several of Nintendo’s key leaders, his understanding of the company’s corporate culture, deep knowledge of Nintendo’s creative games and operations experience as head of Nintendo of America, gives him a unique perspective to manage the company during this crucial time in the company’s history.