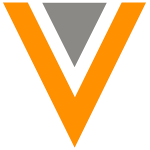 The most significant development in the clinical trial software market is the recent expansion of Veeva Systems (NYSE: VEEV), which until recently had made only a light-hearted effort to address the market. As part of its previous strategy, Veeva had partnered with Medidata Solutions (NASDAQ: MDSO) in an alliance which recognized Oracle (NASDAQ: ORCL) as a common enemy. Veeva, whose strength stems from selling sales force automation software to large drug and biotech companies, including 24 of the 25 largest world-wide, has, in the last two years, set its sites on the research and development activities of the large drug companies, with a series of new database applications.

About four months ago Veeva Systems announced its intent to introduce a clinical trial management system, or CTMS, in the first quarter of 2017. This builds upon the success of the company’s eTMF and Vault Study Startup applications geared to the clinical side of enterprise content management. However, Veeva had not announced plans for an electronic data capture or EDC application, which is often seen as an essential ingredient for a fully-functioning clinical trial system. Instead, Veeva worked alongside Medidata, whose Rave EDC product is well entrenched in many large pharma accounts.

Recently, however, Veeva announced its intent to deliver a cloud-based EDC application, Veeva Vault EDC, which it expects to be available in April of 2017. In doing so, Veeva intends to build on its base of 120 clinical operations customers, which include deployments of its Veeva Vault eTMF in seven of the top 20 pharma companies. Veeva also announced that it will unveil Veeva Vault eSource, a mobile app for clinical trials, by the end of 2017.

Undoubtedly, Veeva Systems faces challenges in penetrating the market, not the least of which is the fact that its strongest relationships in the in the pharma industry have previously been confined to the sales, customer service and IT management sides of the business. Veeva has, however, sold at least one Vault module to at least 34 of the top 50 global pharma companies, and Veeva has an opportunity to expand within the R&D group, which has significant input into clinical trial software selection. Veeva also has the opportunity to approach a new set of customers in the CRO industry.

In summary, we believe that the recent expansion of Veeva into clinical trials holds much promise for the California-based company, and suggests greater ambitions to address the research and development needs of life sciences companies.

Constant Contact (NASDAQ: CTCT) of Waltham, Massachusetts is the category leader in email marketing software, with a cloud-based subscription software service that helps over 550,000 companies mount effective marketing campaigns, and maintain a continuous line of communication with customers and prospects. Though the company lost focus last year with an over-exuberant thrust into the social media market, Constant Contact, has, in the last several quarters returned to a more disciplined sales approach, and has added over 10,000 gross new customers in each of the last two quarters. We think it highly probable that CTCT will end 2013 with close to 600,000 active customers.

Constant Contact targets more than 20 million small and mid sized businesses in the U.S., as well as non-profits, including trade associations, schools, churches, hospitals and libraries. Constant Contact’s core email marketing product improves the quality and frequency of interaction with customers, constituents, and prospects, while reducing the costs associated with expensive, and often wasteful direct mail.

Three years ago Constant Contact offered only one product, email marketing, but now has six: online surveys, event marketing, social media marketing, local deals, and digital storefronts for small businesses. Each of these products target large addressable markets inside the company’s existing customer base, as well as new segments, which are receptive to the company’s affordable pricing. The new products have thus far been modest revenue contributors, yet signs are pointing in the right direction, as the company has demonstrated that its customer retention rate is 20 percent higher among customers that opt for two or more products, and 40 percent higher among customers who subscribe to three or more products.

CTCT has been slow to address overseas markets, but its products are used in the English language in over 100 countries. We believe the company will have a large addressable market overseas once it begins to roll out foreign language versions of its products.

Constant Contact, despite having made a dilutive acquisition, which cost the company over $65 million in cash, maintains a stellar balance sheet with nearly $100 million in cash, no debt, and negligible receivables. The company anticipates generating over $20 million in free cash flow this year, and not long ago initiated its first-ever share repurchase program, with an authorization for $20 million.

Constant Contact’s improving prospects coincide with a recent acceleration of M&A activity in the marketing automation sector led by Salesforce.com’s purchase of ExactTarget, and Oracle’s recent acquisition of Eloqua. Constant Contact’s large installed base, improving business model, growing portfolio of products, and untapped potential at the mid-range of the email marketing market are among its most alluring attributes, which may yet lift it above, rather than below many investors’ radar screens.