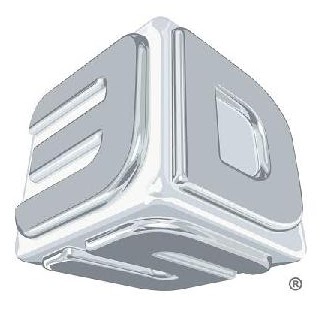 On April 4, 2016, following a six month search, the board of directors of 3D Systems (3DS hereafter) appointed Vyomesh Joshi, aka VJ, as president and CEO. The appointment occurred as the venerable manufacturer of 3D printers attempts to regain its footing, following an extended period of questionable acquisitions, loss of market focus, and damaged credibility among investors.

Joshi, aged 62, had been president of the Imaging and Printing Group of Hewlett Packard for 11 years, beginning in February 2001, and left as EVP in March of 2012, bringing to a close a 31-year career at HP, after HP, in one of its many reorganizations in the last number of years, combined printers and personal computers into the same business unit. While leading the $26 billion H-P printer business, Joshi doubled the division’s operating profit. Joshi appears to have been lured out of near-retirement with a stock and options package worth a potential $27 million, based in large part on 3DS’ future stock performance. Joshi is currently on the board of directors of both Wipro (NYSE: WIT) and Harris Corporation (NYSE: HRS). He received his bachelor’s degree in engineering from L.D. College in Ahmedabad, India, and a master’s degree in electrical engineering from the Ohio State University.

Joshi replaces 3D Systems’ highly flamboyant and acquisitive CEO Avi Reichental. Over the last few years 3DS has endured numerous set-backs, including an over-emphasis on acquisitions for growth, missteps in the consumer printer market, distribution channel challenges, product quality issues, a delay in the filing of its 2015 10-K, along with a lack of investor confidence, which has resulted in a more than 80 percent contraction in its share price since peaking at $97.25 in late 2013.

Since taking the helm at 3DS Joshi has been somewhat coy regarding future plans, but has noted the company’s lack of operational efficiency, and the challenge to build a sustainable corporate culture from among the company’s employee base of roughly 2,500, many of whom have come to 3DS via acquisition. In mid-June 3DS announced it had hired John N. McMullen, age 58, as VP Finance and CFO, replacing David Styka. McMullen had most recently been at Eastman Kodak, where he took the helm as CFO beginning in June of 2014. Prior to that, McMullen, was SVP Finance and Corporate Treasurer, as well as CFO of HP’s Imaging and Printing Group, where he worked alongside 3DS’ new CEO, Joshi.

The new management team will have much to confront, including helping customers sift through the reality versus the hype of 3D printing, along with the need to create printers with faster speeds and more precision to produce parts that can be used in volume production, in addition to prototypes utilized for visualization and marketing purposes. 3DS has, along with many of its competitors, from time to time over the last three years, produced printers with varying levels of product quality.

With regard to Joshi’s future strategy, we can gain a glimpse into his thinking. In an address before the Net Impact Conference at Stanford in November of 2005, Joshi spoke of the elements required to create a sustainable business. These include: identifying holes in the market, developing appropriate price models, establishing business partnerships, fostering trust and respect among employees, and providing leadership that puts business first, people second, and the egos of managers third.

With trailing 12 month sales of $318 million, a market cap of $473 million, $150 million in cash and no debt, FARO Technologies is a leading provider of three-dimensional (3D) measurement and imaging devices. The Lake Mary Florida company has over 200 patents, and several hundred more pending on a global basis. The company’s patents will expire on a rolling basis between now and 2024.

With roughly 15,000 customers and 30,000 product installations across the globe, FARO serves a prestigious customer base, which includes the leading OEM manufacturers in the automotive and aerospace markets, such as GM, Daimler, BMW, Volkswagen/Audi, Jaguar, Nissan, Boeing, the US Military, and Airbus. Importantly, FARO maintains a low level of customer concentration, and much of its business comes from second and third tier suppliers to OEMs in its key markets. For all of 2014, the company’s top ten customers accounted for less than five percent of sales. In the third quarter of 2015, the top five customers accounted for 6.2 percent of sales. In a typical quarter about 70 percent of sales come from the company’s installed base, while new customers contribute the remainder.

FARO Technologies faces competition from a number of global competitors, including Hexagon AB of Norway, Trimble Navigation, Topcon, as well as other niche providers, such as Steinbichler of Germany. Current foreign exchange rate dynamics have emboldened FARO’s European competitors to attempt to gain market share, thus exploiting the relative strength of the US dollar.

We remain optimistic regarding FARO Technologies’ longer term growth prospects, despite currency headwinds and macro conditions that began to emerge in the first quarter of 2015. We are impressed by FARO’s solid technology and strong customer base, though 2015 has proven to be a transition year in which the company faced numerous market and foreign exchange challenges. During this period turnover in the company’s executive ranks has been significant, particularly in light of the recent resignation of the company’s long-standing and hard-charging CEO and president Jay Freeland.

That said, the company has announced an ambitious organizational and growth strategy under the leadership of interim CEO Dr. Simon Raab, who is also a company co-founder. Recently appointed CFO Laura Murphy brings significant operational experience to the company, with experience at Philips and Ford Motor Company.  Despite its challenges, FARO retains an excellent balance sheet overall, with $150 million in cash, no debt, and re-purchased $23 million of its common stock in the fourth quarter, under a $41 million share repurchase authorization.